The destiny of Sarawak will be in the hand of Malaya? 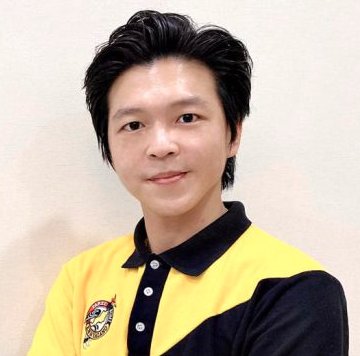 The recent amendment to Article 16 of the State Constitution by Sarawak government GPS to define a “resident in the state” is still ambigious and unclear. As it consititues a grey area, it will be up to the court to interprete shall an issue of this kind be brought before the court.

Shall the appeal of this matter goes to the Federal Court, it will mostly likely be decided by non-sarawakians judges as we seen in the case of YB Ting Tiong Choon. Therefore, once again the destiny of Sarawak will be in the hand of Malaya. This would be inconsistent with the spirit of MA63 and may prejudice our fellow Sarawakians as the precedent of sarawak "resident" issue will be decided by Malaya.

Sarawak crude oil has been pumped by Petronas 850,000 barrels a day.As a result Sarawak is losing about RM285 million every day of its oil wealth caused by our politicians who preferred things be decided by Malaya for Sarawak by allowing the Petroleum Development Act 1974 be passed by the federal Parliament.

By controlling parliament, Malaya could do whatever thing Malaya wants against Sarawak.

Therefore, Sarawak could not afford to hand over the decision concerning Sarawak's right to YBs who prefer decisions of Sarawak rights including the eligibility to be elected as Dewan Undangan Negri member, be decided by Malayan parliament and by Malayans before the federal court.

Such decisions affecting Sarawak rights should never be decided by the federal court but by Sarawak special court only.

GPS should have given a clearer definition as to what constitute a resident in the state to avoid any unnecessary legal proceeding in the future. The many opinions expressed by some lawyers, politicians and members of public which are inconsistent with the amendment put up by the GPS government shows that the amendment to Art.16 thereto leaves much doubt that could be exploited to provide floodgates for non Sarawakians including Malayans to occupy seats in the Sarawak Legislature.

The amendment by the GPS once again fails to uphold the autonomy of Sarawak and just wasting our tax payers money.

Hence, Parti Bumi Kenyalang urges the people of Sarawakian to reject GPS and all the Malaya parties in the coming state election. Sarawak can never decide its own destiny in legal matters because all legal matter need to decided by the federal court of which its difficult to find a Sarawak to sit on the bench.

There is no prohibition under domestic and international law for Sarawak to seek independence from the federation of Malaysia and unless Sarawak is independent, Sarawak would not be able to effectively protect her interest.

Parti Bumi Kenyalang is a multi-racial political party in Sarawak and having an achievable mission : "IN QUEST OF INDEPENDENCE". We plan to field 82 candidates in the coming Sarawak Election therefore we need financial support from Sarawak people and supporters abroad. After 57 years in federation of Malaysia we feel that Sarawak people can work with Parti Bumi Kenyalang to stop the plundering of Sarawak's natural resources and grab of Native Customary Rights Land against the wish of indigenous people of Sarawak.

For the better future of Sarawak, we urge Sarawakian and overseas supporters to work with us and support us in the coming election.