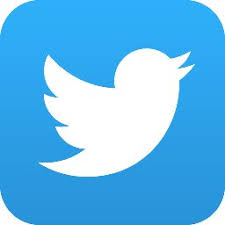 Former Prime Minister Tun Mahathir has just gotten himself into some controversy over a tweet he posted yesterday evening. In response to the recent killing of a teacher in France, Tun Mahathir had written a blog post that touches on freedom of expression and respecting the values of others.

As you already know, Twitter isn’t a suitable platform to share long form posts as there’s a 280 character limit. When the former prime minister split his post across 16 tweets, one particular tweet had sparked public outrage.

The original tweet which read “12. Muslims have a right to be angry and to kill millions of French people for the massacres of the past.” was flagged by Twitter for glorifying violence and it was hidden from his timeline. Initially, the tweet was only slapped with a warning as Twitter believes that it may be in the public’s interest for the tweet to remain accessible. Shortly after that, the tweet was deleted with the message “This Tweet violated the Twitter Rules.”

The French Secretary of State for Digital and Telecommunications, Cédric O, had called upon Twitter to suspend Tun Mahathir’s account immediately. He added that if Twitter doesn’t do so, they are accomplice to a formal call for murder.

The tweet by the former PM had received condemnation from various quarters and it’s not hard not to see why. It was made worse when the offending sentence was tweeted on its own before continuing with “But by and large the Muslims have not applied the “eye for an eye” law. Muslims don’t. The French shouldn’t. Instead the French should teach their people to respect other people’s feelings.“

The tweets were posted just hours after a knife attack that took place in Nice, France that caused three deaths and others injured. Earlier this month, a French middle school teacher was beheaded after he displayed offensive cartoons during a class on the freedom of speech.

Twitter has recently taken more proactive steps to curb tweets that spread misinformation and hatred. Most recently, US President Donald Trump’s tweet was flagged for violating its rules on COVID-19 information after he tweeted that he’s “immune” to the virus
Source: SoyaCincau