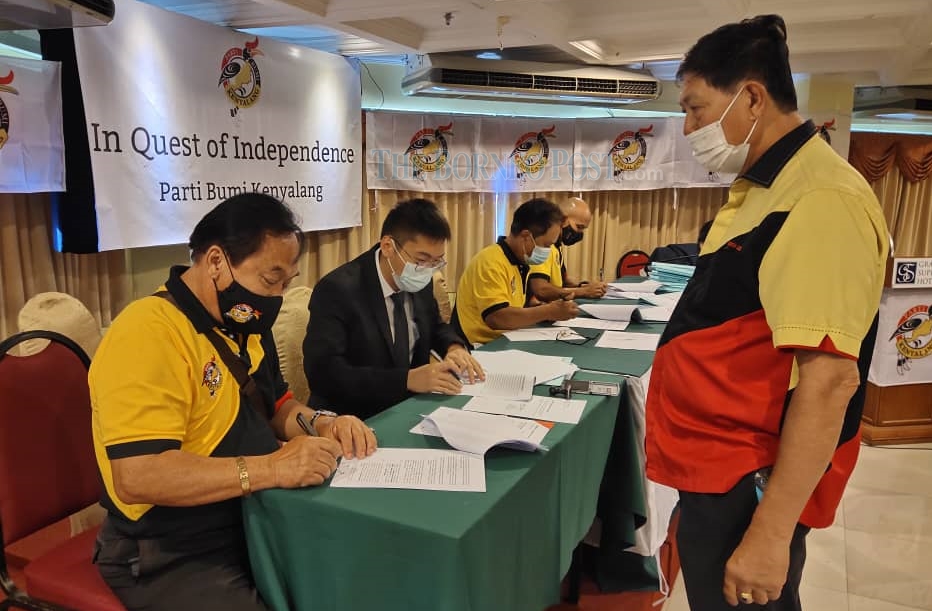 KUCHING (March 30): Parti Bumi Kenyalang (PBK) candidates in the coming elections face a whopping eight-figure penalty if they fail to file their nomination papers or jump ship after they win, under a Candidates Agreement (CA) implemented by the party. 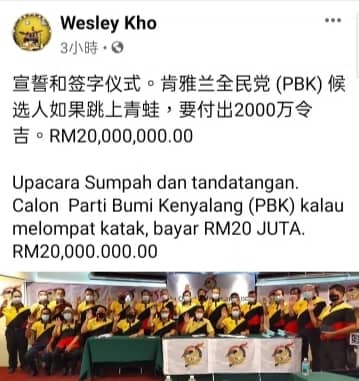 Under the agreement, the president will be liable to a penalty of RM50 million and the other candidates face RM20 million.

PBK president Voon Lee Shan said 21 potential candidates had already signed the agreement and took an oath during a ceremony here on Monday, with another round of signing to be held in Sibu in two weeks.

He said in a statement today that the CA came about because the state constitution does not prohibit party-hopping.

“The CA is also to ensure that there is stability of government because without a stable government, much time will be spent politicking and enticing YBs to shift camp rather than time spent to run the government and provide service to the people,” he said. Voon said PBK had assembled a strong line-up for the coming 12th Sarawak Election. 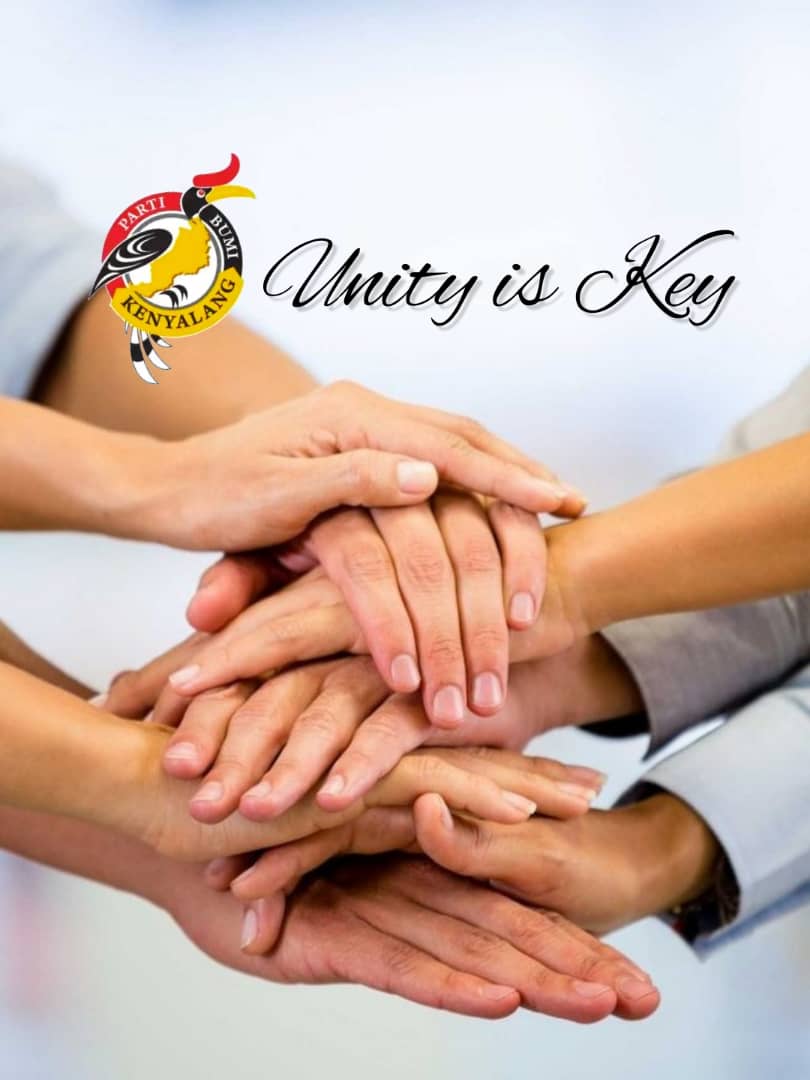 “Besides contesting all urban and semi urban seats, PBK will contest all Dayak and most Muslim seats,” Voon said.

It is now unclear when Sarawak will hold the election due to the Emergency declared to curb the spread of Covid-19.