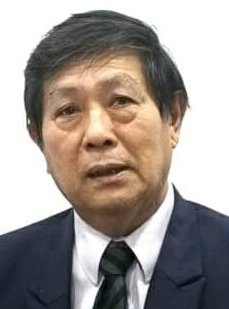 By now the King should know from media and information received from other sources including statutory declarations who are the contending candidates for the 9th prime minister. Can the King make a correct choice? The problem is the King may find it difficult to make the correct choice as to who should be picked as prime minister because the MPs by toeing to party line, may vote the person of his or her party’s choice although this may go against the MP’s conscience.

As citizens we have a duty to help the King to pick the right person.

It seems that there are only two contending candidates now for prime minister, that is Ismail Sabri Yaakob and Anwar Ibrahim. Shafie Abdal seems out of the race because he said GPS don’t back him.

In such a situation, the best thing for the King to do is to let the current 220 MPs exercise their free will according to their conscience by secret voting in parliament to determine who between Ismail Sabri Yaakob and Anwar Ibrahim should be their pick as prime minister.

This would fulfill the requirement of Article 43 (2)(a) federal constitution as the member picked in secret voting should be sufficient guide for the King to determine as the member who could command the confidence of the majority of the House of Representative (Dewan Rakyat). This will solve the headache of the King and everybody.

The process at the moment had put MPs in dilemma because they have no choice but to follow the dictate of their own party as if the gun is pointed at their head to obey the party’s choice.

If that's the case, then what is the point for the King to ask MPs to submit the their nomination individually?

To go for block voting by following party line is disrespectful and against the decree of the King because the King wanted MPs to submit individually their choice as PM.

Again, wasn't the MPs supposed to choose based on his or her own free will and preference without any pressure from anyone? What kind of democratic practice is that to pressure MPs to go against their conscience and free will?

Caught with the current political crisis, the MPs should be left with the right to chose who should they would support as prime minister to run the country until the next general elections.

How many in UMNO or Bersatu willingly voted for Ismail Sabri Yaakub? Maybe many don’t favour him, but, for party line, many may not have the choice but to support him. Perhaps there are MPs in Pakatan Harapan or in PKR may not favour Anwar Ibrahim but they have no choice but to follow the party direction.